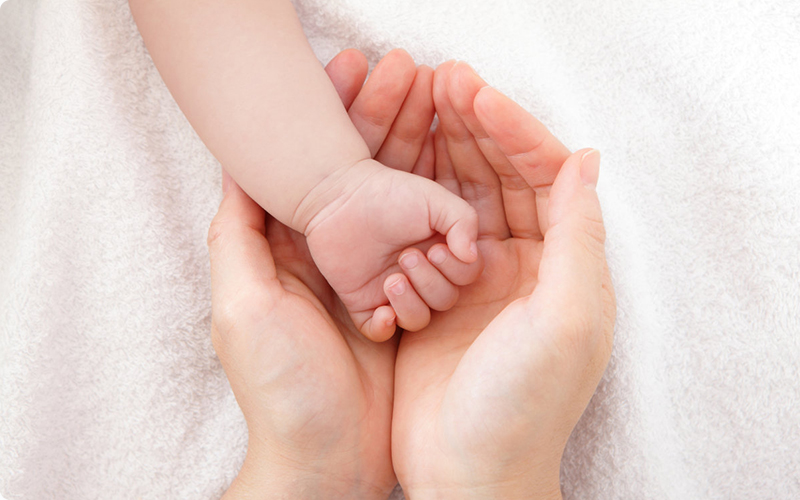 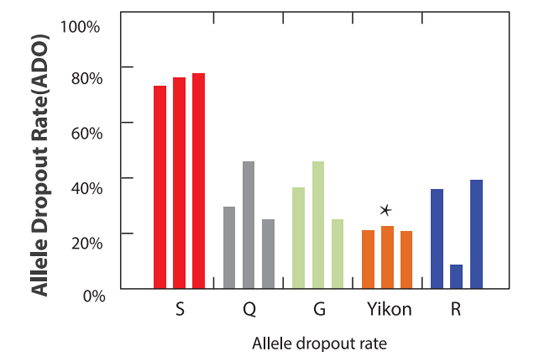 The picture shows the uniformity comparison of 5 single cell amplification kits
As can be seen from the figure above: The CV value of gene copy number variation (CNV) analysis issued from by YiKon's MALBAC® Single Cell Amplification Kit product is significantly lower than the other four kits, indicating its highest amplification uniformity. 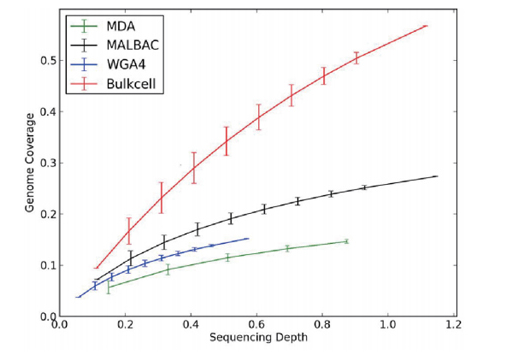 The coverage comparison between MALBAC® and MDA
It is shown that under the same sequencing depth, the genome coverage of MALBAC® has obvious advantages over MDA andWGA4.

Validation of a next-generation sequencing-based protocol for 24-chromosome aneuploidy screening of blastocysts. Fertility and Sterility, 2016, in press Live Births after Simultaneous Avoidance of Monogenic Diseases and Chromosome Abnormality by Next-Generation Sequencing with Linkage Analyses. PNAS, 2015, 112(52):15964-9